Database transactions are defined by the four properties known as ACID. The Isolation Level (I in ACID) allows you to trade off data integrity for performance.

The weaker the isolation level, the more anomalies can occur, and in this article, we are going to describe the Phantom Read phenomenon.

If a transaction makes a business decision based on a set of rows satisfying a given predicate, without range locks, a concurrent transaction might insert a record matching that particular predicate. 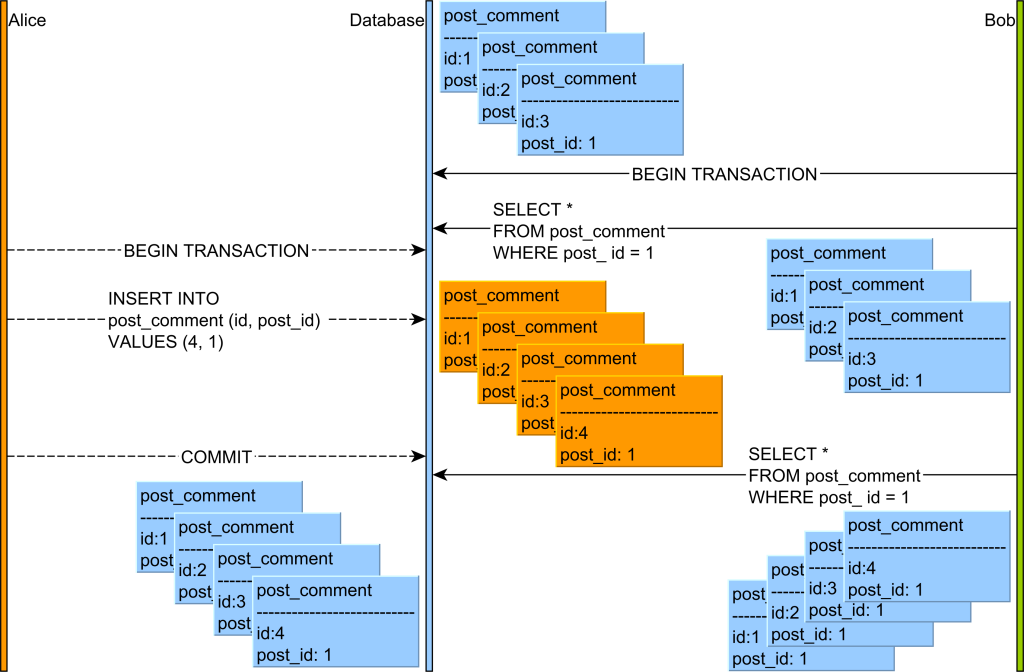 In the diagram above, the flow of statements goes like this:

This phenomenon is problematic when the current transaction makes a business decision based on the first version of the given result set.

How the database prevents it

The SQL standard says that Phantom Read occurs if two consecutive query executions render different results because a concurrent transaction has modified the range of records in between the two calls.

Although providing consistent reads is a mandatory requirement for Serializability, that is not sufficient. For instance, one buyer might purchase a product without being aware of a better offer that was added right after the user has finished fetching the offer list.

Nevertheless, preventing this anomaly is fairly simple. All you need to do is use a higher isolation level like Serializable. Or, if the underlying RDBMS supports predicate locks, you can simply lock the range of records using a share (read) lock or an exclusive (write) range lock as explained in this article.