A beginner’s guide to Serializability

In this article, we are going to see what Serializability means and what guarantees does it offer.

Relational database systems provide a Serializable isolation level that’s supposed to provide transaction Serializability. However, as you will soon see, some databases even provide Strict Serializability, which is a combination of Serializability and Linearizability.

Serial execution provides exclusive access to shared resources to one and only one client at a time, as illustrated by the following diagram: 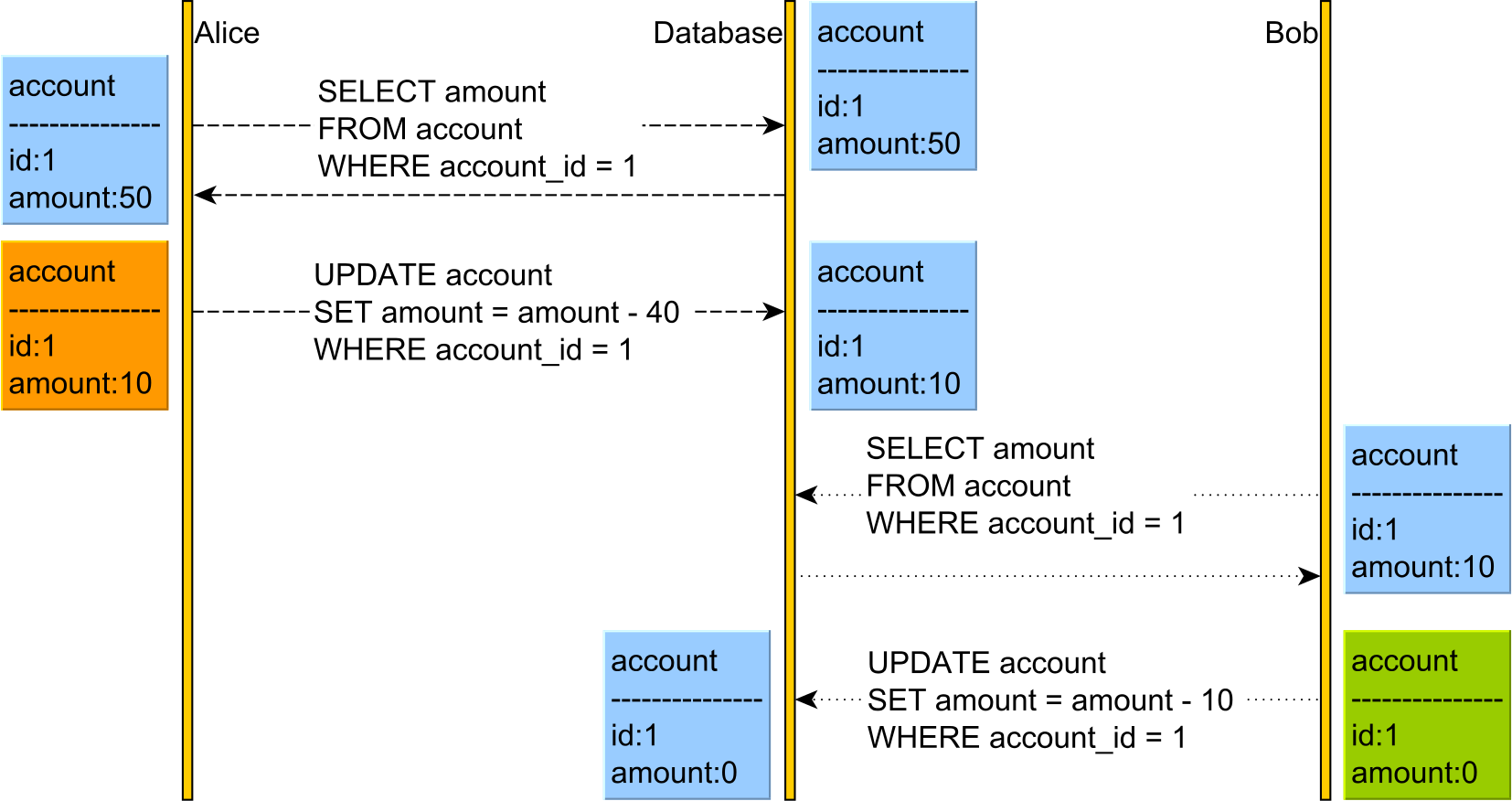 By providing exclusive access to the shared resources, data anomalies can be prevented since every transaction is going to see the database in the consistent state the previous transaction has left it.

There are many technologies using Serial execution, the most popular being JavaScript, Node.js, or Volt DB.

However, there’s a catch. According to Amdahl’s law, the degree of parallelization is inversely proportional to the percentage of Serial execution of a given workload.

Therefore, Serial execution scales poorly; hence it’s limited to systems where data is stored in memory, and each execution takes a very small amount of time.

The vast majority of relational database systems provide concurrent access via multiple connections. So, at any given time, there could be multiple transactions reading and writing data.

If Serializability is not enforced, conflicts can occur. In the context of database transactions, these conflicts are called phenomena or data anomalies.

For instance, the following diagram shows you a Lost Update anomaly that can occur in the absence of Serializability: 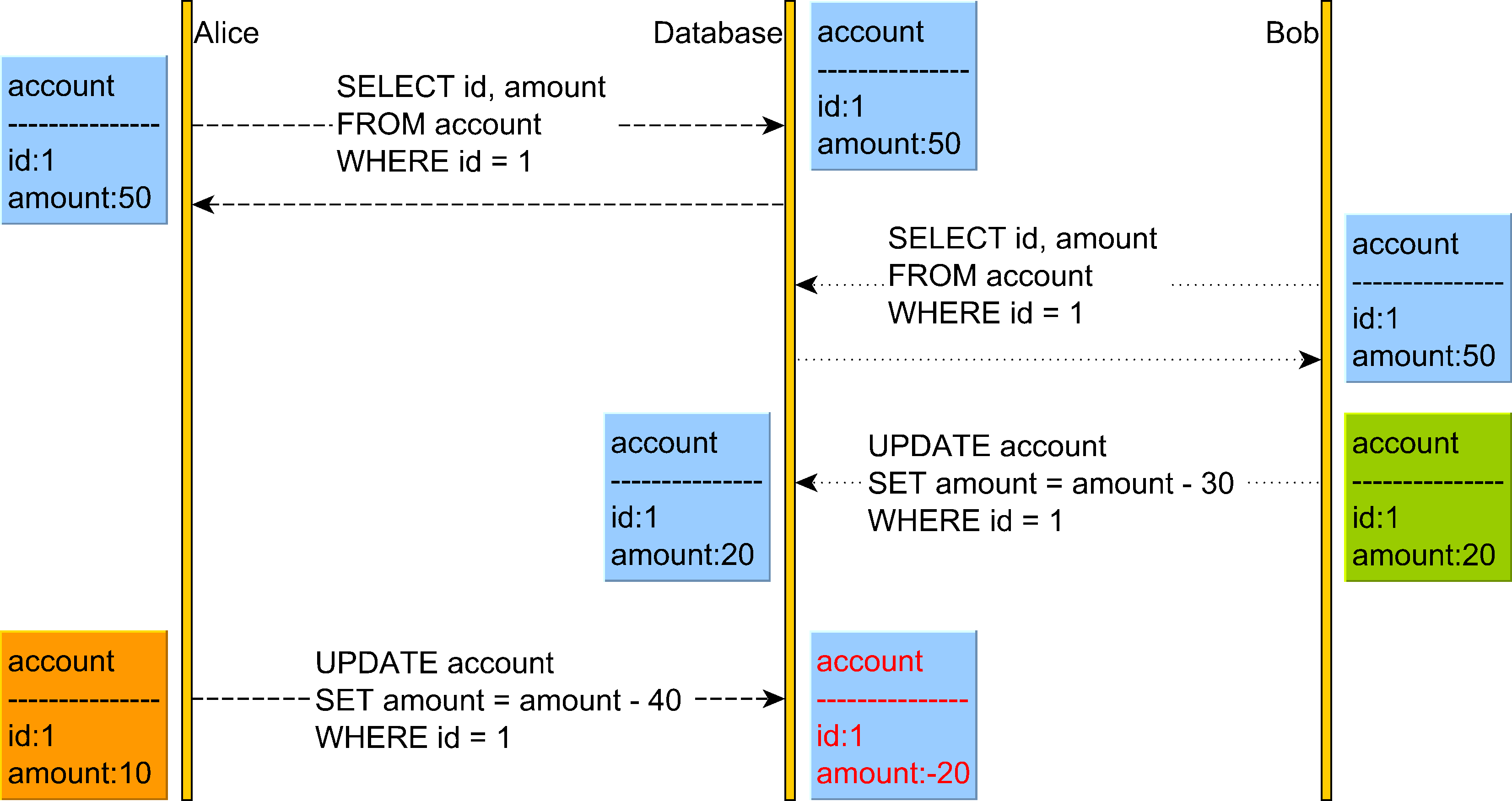 To avoid data anomalies, the transaction log should linearize transactions so that there is no interleaving of reads and writes belonging to different transactions.

So, to avoid conflicts, we must not interleave transactions. While the Serial execution avoids transaction interleaving since every transaction has exclusive access to the database, there is one way we could achieve the same goal without sacrificing parallelism.

Therefore, if both Alice and Bob are running two concurrent transactions, there are only two possible Serial execution outcomes:

If the statements in the transaction log follow this pattern, the outcome is said to be Serializable.

For N concurrent transactions, there are N! possible Serial executions, each one providing a proper Serializable execution flow.

However, if the transaction flow is both Serializable and Linarizable (operations are applied instantaneously), then we get a Strict Serializable consistency model. 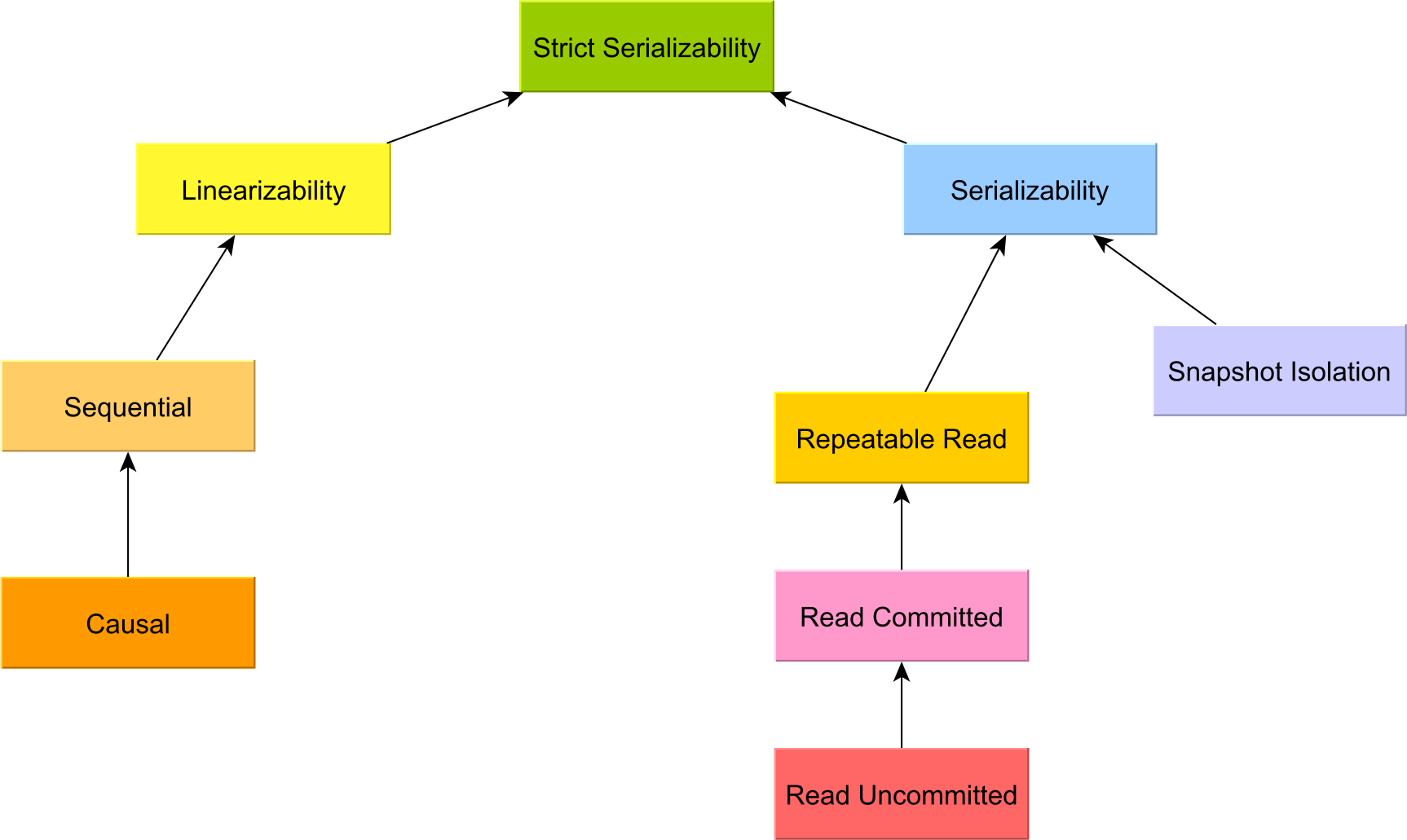 There are two possible ways to implement Serializability:

The Serializable isolation level in Oracle is actually Snapshot Isolation, and while it prevents many anomalies, it does not prevent all possible Write Skew phenomena.

Serializability allows us to prevent concurrency conflicts without sacrificing parallelism, as Serial execution does.

As long as the outcome is equivalent to any possible Serial execution, multiple transactions can commit successfully, and database systems can use either locks or an MVCC (Multi-Version Concurrency Control) mechanism to achieve that goal.