Traditionally there have been two sequence identifier strategies to choose from: sequence and seqhilo.

The sequence identifier, always hitting the database for every new value assignment. Even with database sequence preallocation, we have a significant database round-trip cost.

The seqhilo identifier, using the hilo algorithm. This generator calculates some identifier values in-memory, therefore reducing the database round-trip calls. The problem with this optimization technique is that the current database sequence value no longer reflects the current highest in-memory generated value.

The database sequence is used as a bucket number, making it difficult for other systems to interoperate with the database table in question. Other applications must know the inner-workings of the hilo identifier strategy to properly generate non-clashing identifiers.

Hibernate offers a new class of identifier generators, addressing many shortcomings of the original hilo optimizer.

The new optimization strategy is configurable and we can even supply our own optimization implementation. By default, Hibernate comes with the following built-in optimizers:

The major advantage of the pooled optimizers is that they are interoperable with other external systems, and this is actually what we are looking for, an identifier generator that’s both efficient and doesn’t clash when other external systems are concurrently inserting rows into the same database tables.

The pooled optimizer works as illustrated by the following diagram. 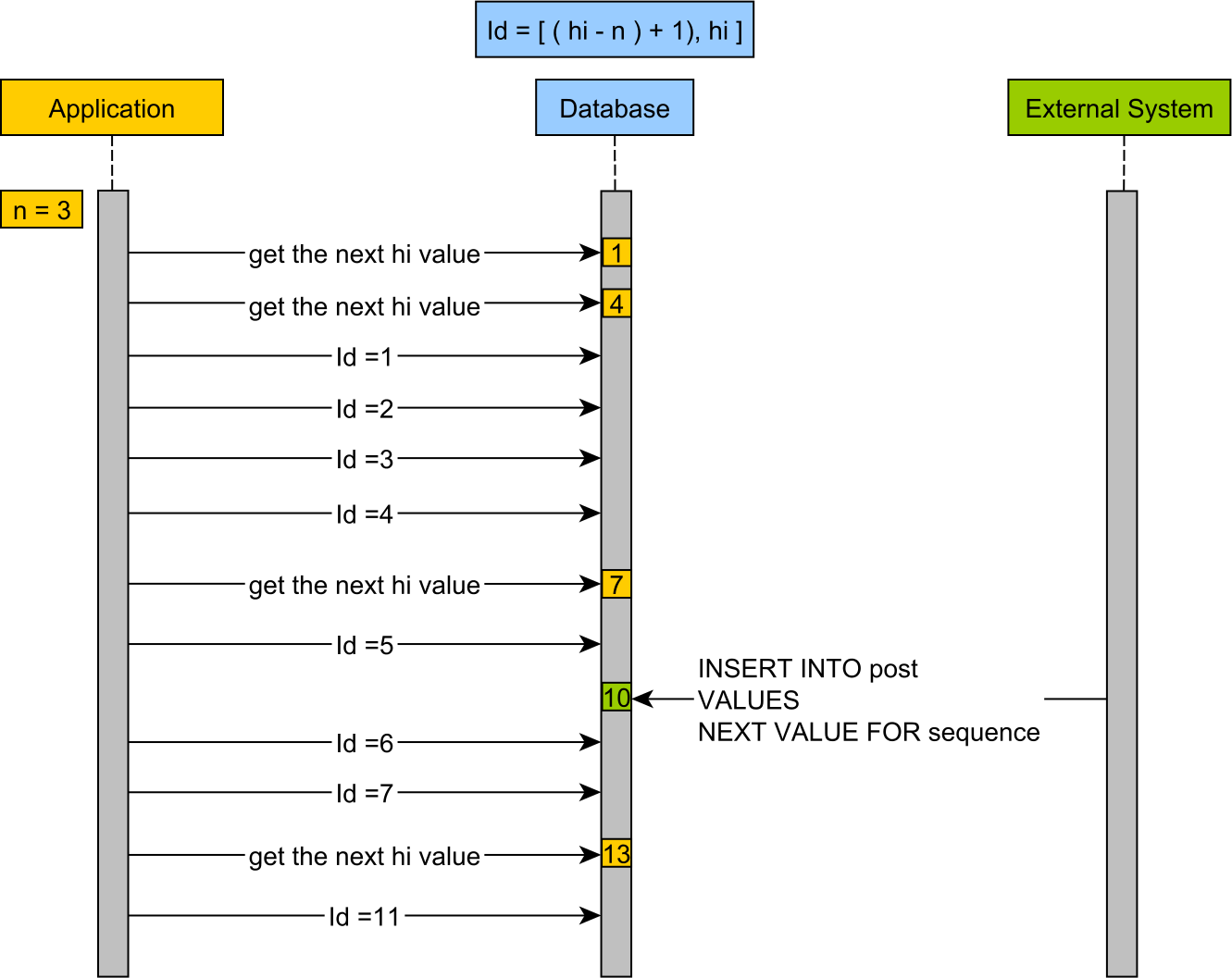 As you can see, even if we have an external client inserting a row using a new database sequence value, this will not conflict with our application.

To use the pooled optimizer, the entity identifier mapping looks as follows:

The pooled-lo optimizer is similar to pooled, the only difference being that the database sequence value is used as the lower boundary of the identifier values generated by the application.

To understand how the pooled-lo works, check out this diagram: 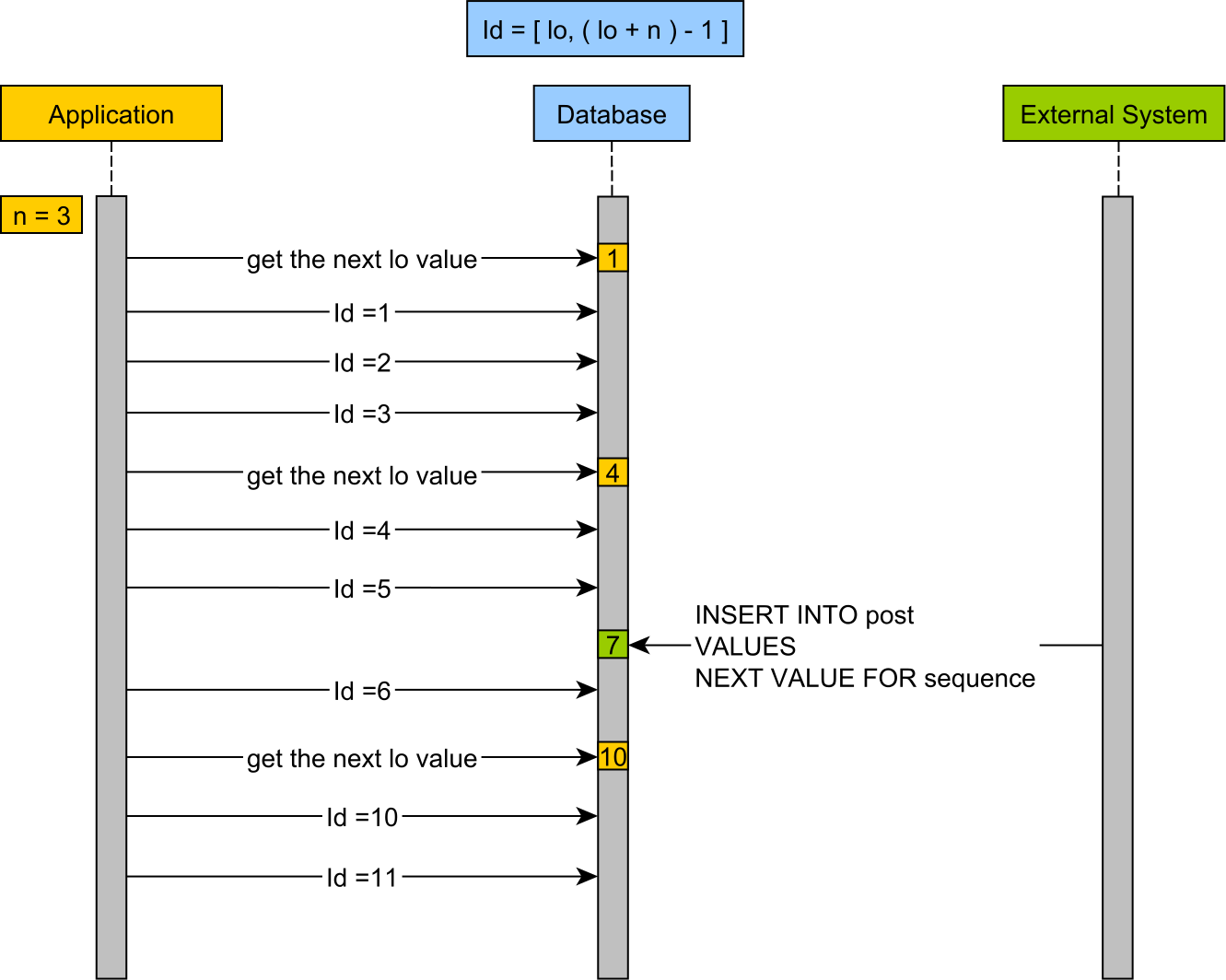 To use the pooled-lo optimizer, the entity identifier mapping will look as follows:

Unlike pooled, the pooled-lo mapping is more verbose as we need to use the @GenericGenerator to pass the optimizer parameter, as the JPA @SequenceGenerator doesn’t offer this option. The more-compact @SequenceGenerator is only useful for the pooled generator as Hibernate chooses to use that one by default if the allocationSize attribute is greater than 1.

Since the @SequenceGenerator mapping is more straightforward than using the Hibernate-specific @GenericGenerator, you can switch to pooled-lo instead of the default pooled optimizer if you provide this Hibernate configuration property:

With this property set, you can use the @SequenceGenerator mapping and Hibernate is going to use pooled-lo instead of pooled:

The pooled and pooled-lo optimizers are extremely useful, yet not all developers know of their existence. If you have previously used the hilo generator, you might want to switch to pooled or pooled-lo. Check out this article more a step-by-step guide of how you can migrate from hilo to the pooled optimizer.