Hibernate shifts the developer mindset from SQL statements to entity state transitions. Once an entity is actively managed by Hibernate, all changes are going to be automatically propagated to the database.

Manipulating domain model entities (along with their associations) is much easier than writing and maintaining SQL statements. Without an ORM tool, adding a new column requires modifying all associated INSERT/UPDATE statements.

As I previously mentioned, Hibernate monitors currently attached entities. But for an entity to become managed, it must be in the right entity state.

First we must define all entity states:

To change the JPA entity state state, we need to use one of the following EntityManager methods: 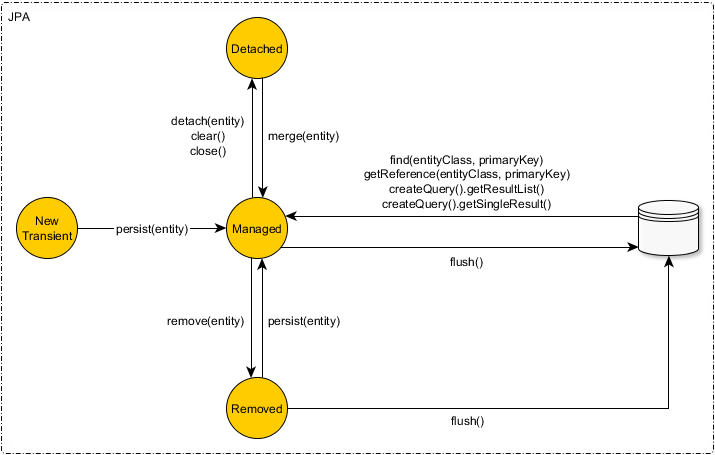 While Hibernate Session interface extends the JPA EntityManager, it also provides several specific methods that can be used to change the entity state, as illustrated by the following diagram: 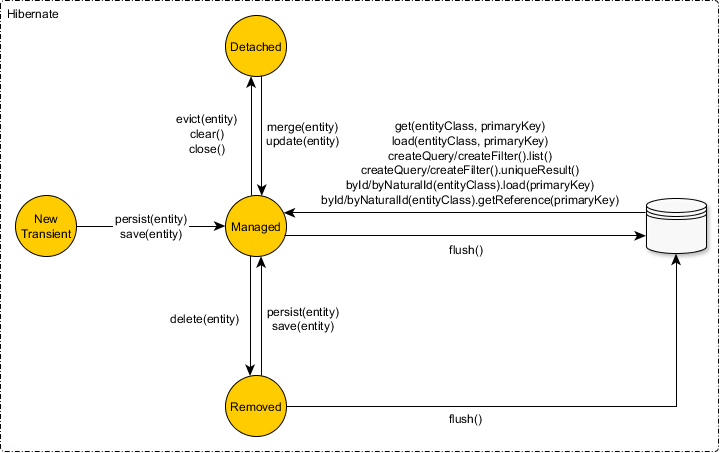 For more about how to use persist and merge effectively, you should read this article as well.