Posted on September 30, 2020 by vladmihalcea

It’s all about Persistence!

7 years of blogging have taught me that it's all about Persistence.

Seven years ago today, I wrote my very first article, and every year I like to write a report with all the achievements that I’ve made over the last year.

It was September 2013, and I’d wanted to start a blog for some time, but never found the motivation to do it. The problem is that day will never come unless you just start it now.

That day will never come:

- One day, I'll add some unit tests for this.
- I'll write the documentation later when I have some time.
- I'll start blogging or write a book after I finish this sprint or release.

Unless you start doing it now, you'll keep on lying to yourself.

At first, I didn’t expect much from it, so I planned on sharing some tips that I found while working as a software architect at Artsoft Consult, the company that hired me when I was just an Electronics and Telecommunications student with a passion for programming.

In the beginning, the traffic I got was extremely low. In my first three months of blogging, I managed to get just 8600 views. At the time, I was wondering whether it was even worth continuing, as it didn’t seem to justify the time investment. However, for some reason, I didn’t give up.

If I had abandoned then, I wouldn’t be here writing this post and thinking that starting a blog was one of the best decisions I took in my career. 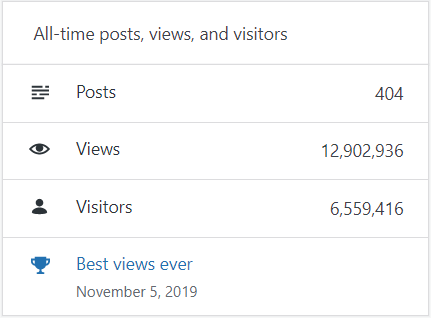 The traffic has been growing steadily year-by-year, and I now got close to 4 million page views per year.

And, my blog is ranked in the first 100k Internet websites by Alexa: 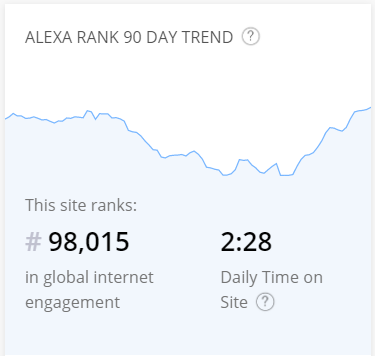 In March 2019, I released the first version of Hypersistence Optimizer, which allowed you to scan your JPA and Hibernate entities and suggest what changes you need to make in order to improve your application performance. Later that year, I managed to add support for Hibernate configuration scanning, which is a very useful feature as some settings that I’ve added while working on the Hibernate project are really useful from a performance perspective.

In 2020, the 2.0 version of Hypersistence Optimizer was launched, adding runtime scanning support. The latest version is 2.2, and it allows you to monitor the JPA and Hibernate queries as well as the EntityManager and Session.

Three years ago, I released the Hibernate Types open-source project, which provides a great variety of custom Hibernate Types to handle JSON, ARRAY, Inet, Range, or HStore, as well as utilities like the ListResultTransformer or the camelCase to snake_case naming strategy.

Over the past three years, the Hibernate Types project has been adopted by tens of thousands of projects, and now it gets over 500k monthly downloads. 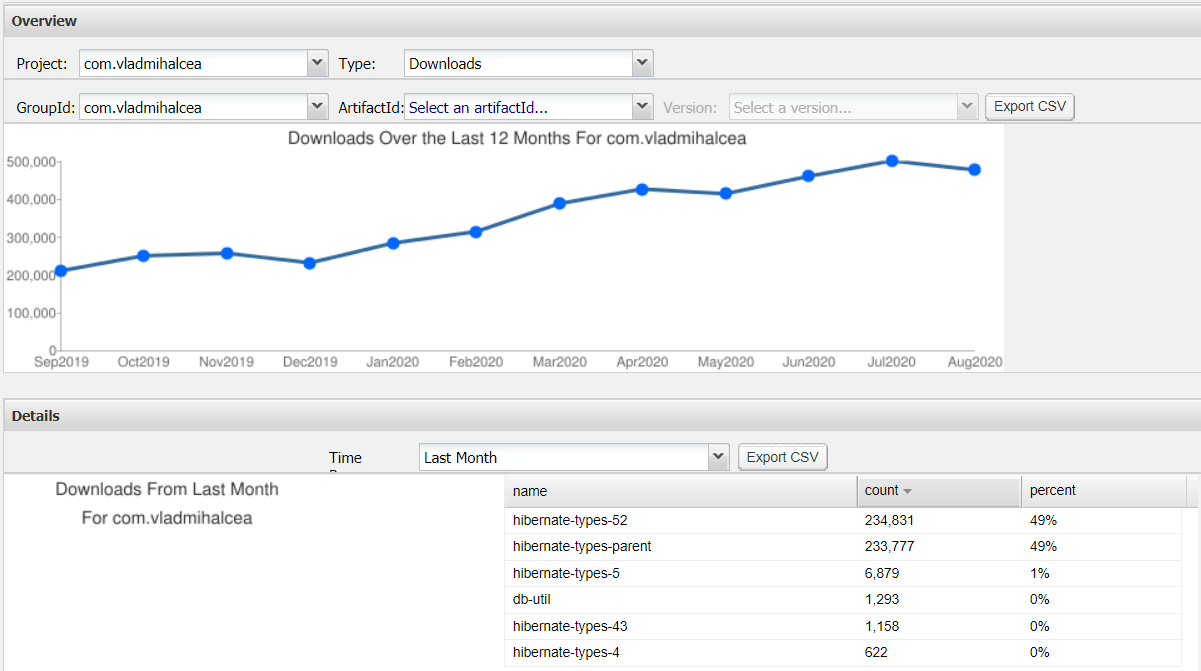 In 2015, I quit my software architect job to focus on writing the High-Performance Java Persistence book. After getting very good feedback, I decided to create a 3-day training, which has helped tens of companies all over Europe to optimize the performance of their Java database application.

This year, I started offering online workshops as well, which, unlike on-site training, allow me to reach a much larger audience all over the world.

For the next year, I plan on doing some awesome online workshops based on my High-Performance SQL training.

Throughout 2018 and 2019, I managed to release the High-Performace Java Persistence – Mach 2 video course, which contains 5 hours and 45 minutes of video lessons.

I’m now working on the Mach 3 video course, which is going to bring 3 more hours of video lessons about fetching and caching best practices. Once released, you will be able to watch around 9 hours of videos that will surely help you get the most out of your Java data access layer.

Thank you very much for reading my blog and stay tuned for more awesome articles and products!